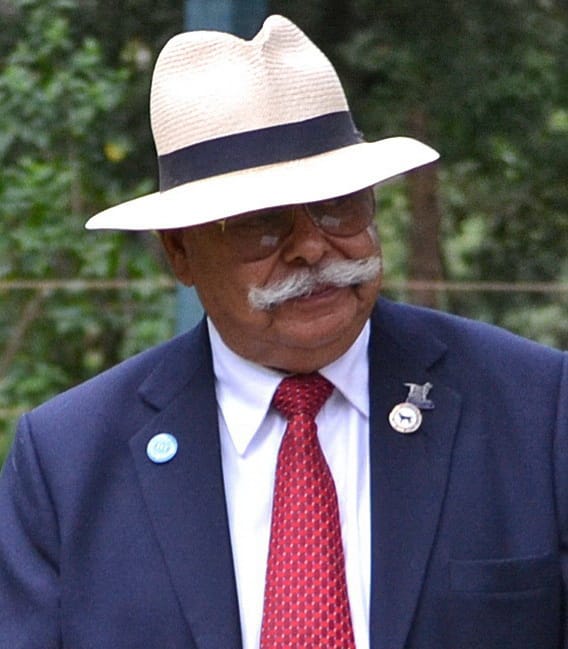 Colonel K. M. Roy has been judging All Breed Championship Shows for the last 40 years. He is an FCI Judge, licensed to award CACIB at International Shows. He is also a licensed Asia Kennel Union (AKU) Japan All Breed Judge.

He has judged All Breed Championship Shows as well as FCI International Shows in Philippines, Thailand, India, Taiwan and Malaysia. He comes from a family in which dogs were always considered family members. His serious involvement with dogs started in his boyhood because of his hunting interests as he extensively used gun dogs in his hunting pursuits. At the age of fifteen, he trained his first Gun Dog, a Labrador. Though his initial involvement was with working Gun Dogs, from 1980 onwards, he is seriously involved with show dogs, both as an exhibitor and as judge.

He is author of a well known internationally acclaimed book titled “The Magnificent Labrador”. He has received many honours in the field of Canine activities including ‘Life Time Achievement Award’ given to him by the German Shepherd Dog Club of Pakistan. Presently he is the President of the Kennel Club of Pakistan.