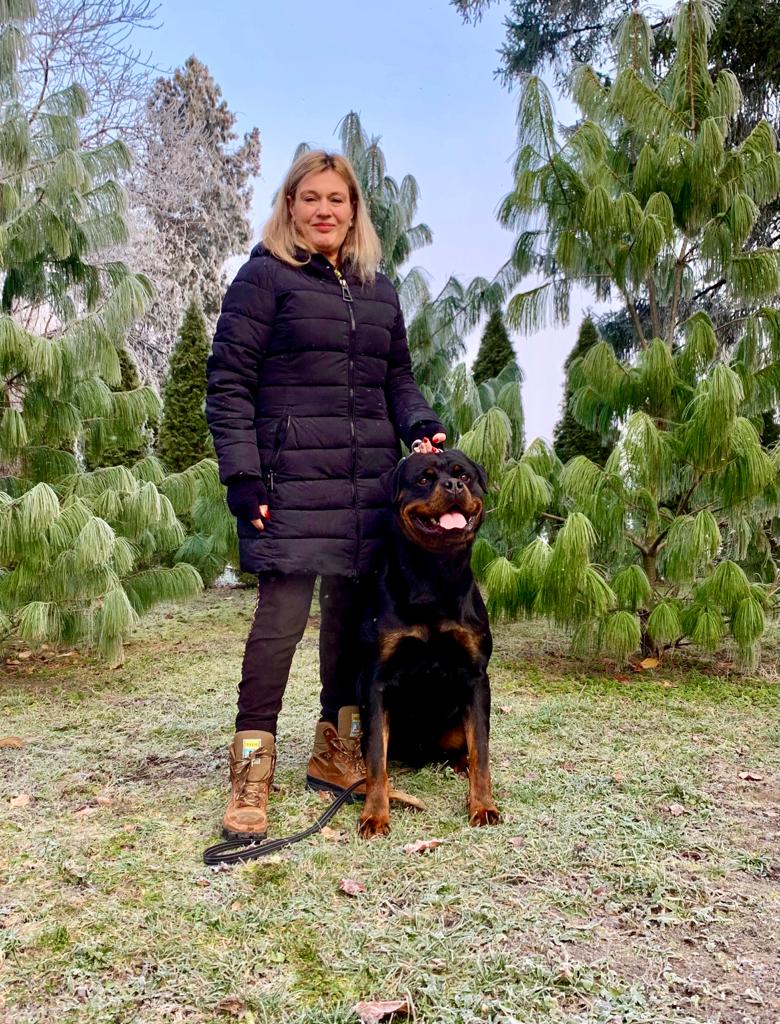 Involved in Canine and Equestrian activities since childhood until today. Owned her own first dog, a GSD, in 1979 when studying in France and then also involved with Shar-Pei in UK.

Her first judging appointment was in 1992 in U.K. In 2013 she became an all-rounder. She is also a trial judge and a working judge.

Involved in many breed clubs and supports all canine activities all over the island. From 2002 to 2006 she was the elected Secretary General of the Cyprus Kennel club and for many years she was the secretary of the Pointing club of Cyprus, also of the Small breed club of Cyprus as well a founder member & secretary of the Rottweiler Club of Cyprus. In 2003 she created the Cynology College of the C.K.C.  She has also founded in 2003, the Mediterranean Winner show.

Currently she is the secretary of Mount Olympus working club.

She encourages junior handlers and runs sessions for children and junior handling as she strongly believes that this is the future of cynology in Cyprus.

The last years oversaw the Judge's committee and the Canine Cynology College of Cyprus Kennel Club. Currently she is breeding Rottweilers in co-ownership with the "vom Zecwald" kennel in Serbia.